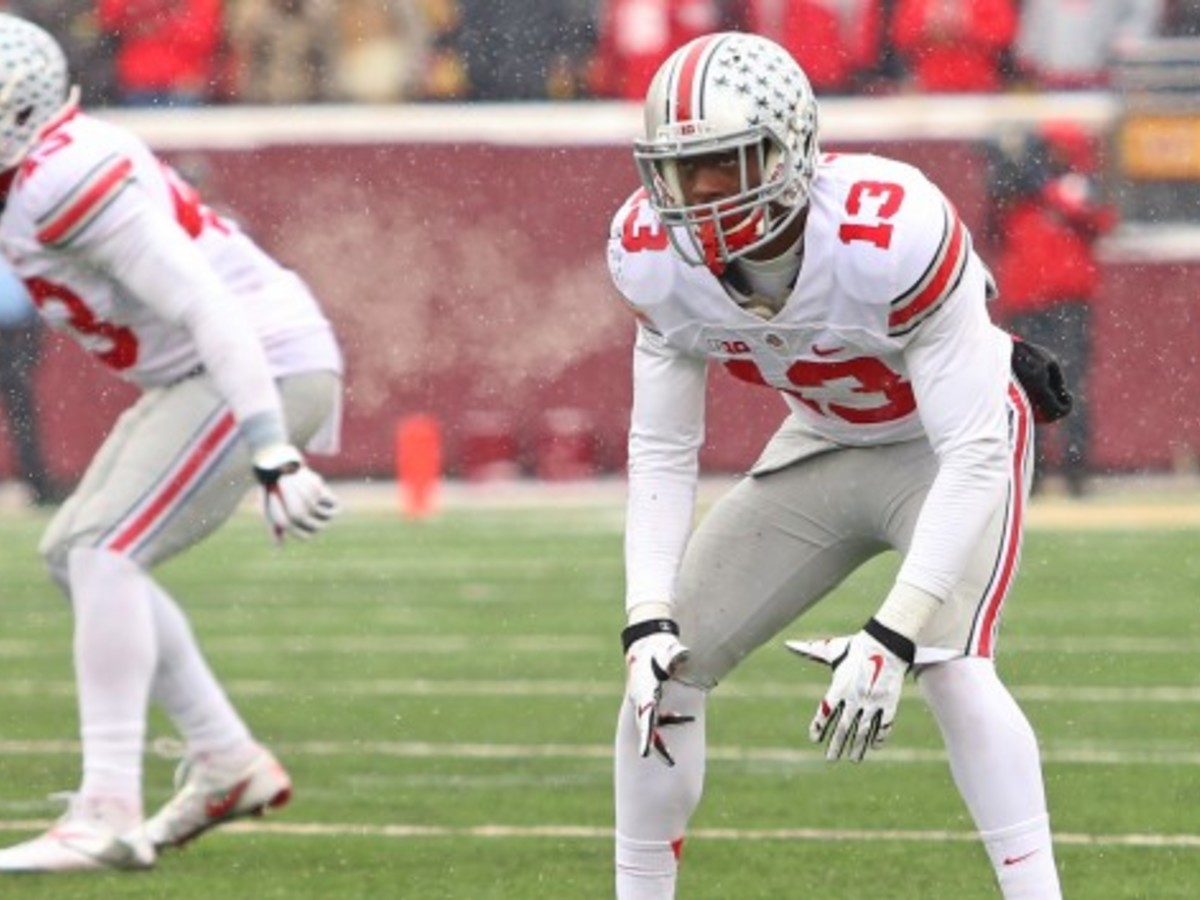 Using Prediction Machine data (which you can read more on here); these are some players who as of this writing are overvalued on Play The Draft.

Eli Apple: On most occasions aside from hidden gem types, there isn’t a huge gap between advanced stats and the general public’s view of a prospect. Based on Prediction Machine’s projections, there is a very different perception when it comes to Apple. Draftniks and analysts have had the Ohio State corner as a top five option through the whole process, making him a likely first rounder. His current price is reflective of that sitting in the 26 to 28 range.

Prediction Machine also has Apple at 26… amongst all corners. With an impact score of 5.8, he is not a player who they see making an impact as a rookie. Some agree with this assessment of Apple as they feel he could use more seasoning before being relied upon. Considering players around Apple’s price with upside (Jonathan Bullard in particular), if you are a believer in trusting analytics, now could be a nice time to sell if you haven’t already.

Keanu Neal: In recent weeks, Neal’s stock has fluctuated like a yo-yo on Play The Draft. There have been multiple days in recent weeks where his stock has gone either up or down by $100,000 or more. His current price is reflective of a second rounder, but despite that I feel there is a very good chance a team could end up selecting him in the first. Considering his price was less than the last pick in the third round a week ago, that’s fantastic upside.

However, Prediction Machine isn’t nearly as high on Neal as I or his recent surge would suggest. The hard hitting Florida safety recorded an impact score of 4.9 which is good for 28th out of 32 at his position. Prediction Machine may not like the many missed tackles he accrued this past year or that he didn’t run particularly well at the combine. If you bought a few days ago and believe the numbers, now could be a good time to sell Neal. For those who did buy very low, I would suggest riding it out as there is likely more profit to be had.

Jihad Ward: In recent weeks, Ward’s price was reflective of a high third round pick. It’s easy to see why people would be high on the Illinois defensive end as he has is still raw, but showed flashes at the Senior Bowl and fared well in run defense this past season. On Play The Draft, Ward is currently the 9th highest priced end, but Prediction Machine isn’t nearly as high on him. With an impact score of 4.9, Ward is ranked 26th out of 32 defensive ends. This could very well be in part due to the limited sack numbers and that Ward didn’t test very well athletically at the combine. Ward could very well go within the first three rounds but to be safe it could be best to sell at this time.

Andrew Billings: Billings being considered overvalued speaks more to the depth of the defensive tackle class this year than him as a player. The Baylor standout figures to go in the first round and his Play The Draft price reflects a pick in the 17 to 21 range. Despite an impressive impact score of 8.1, Prediction Machine has Billings as the 8th ranked defensive tackle in this year’s class. All but two of six prospects above him are cheaper options on Play The Draft. While Billings is a great talent, it makes more sense at this point to invest in a cheaper option and boost your portfolio elsewhere.


Players in this article