Quarterbacks to Monitor at the Combine 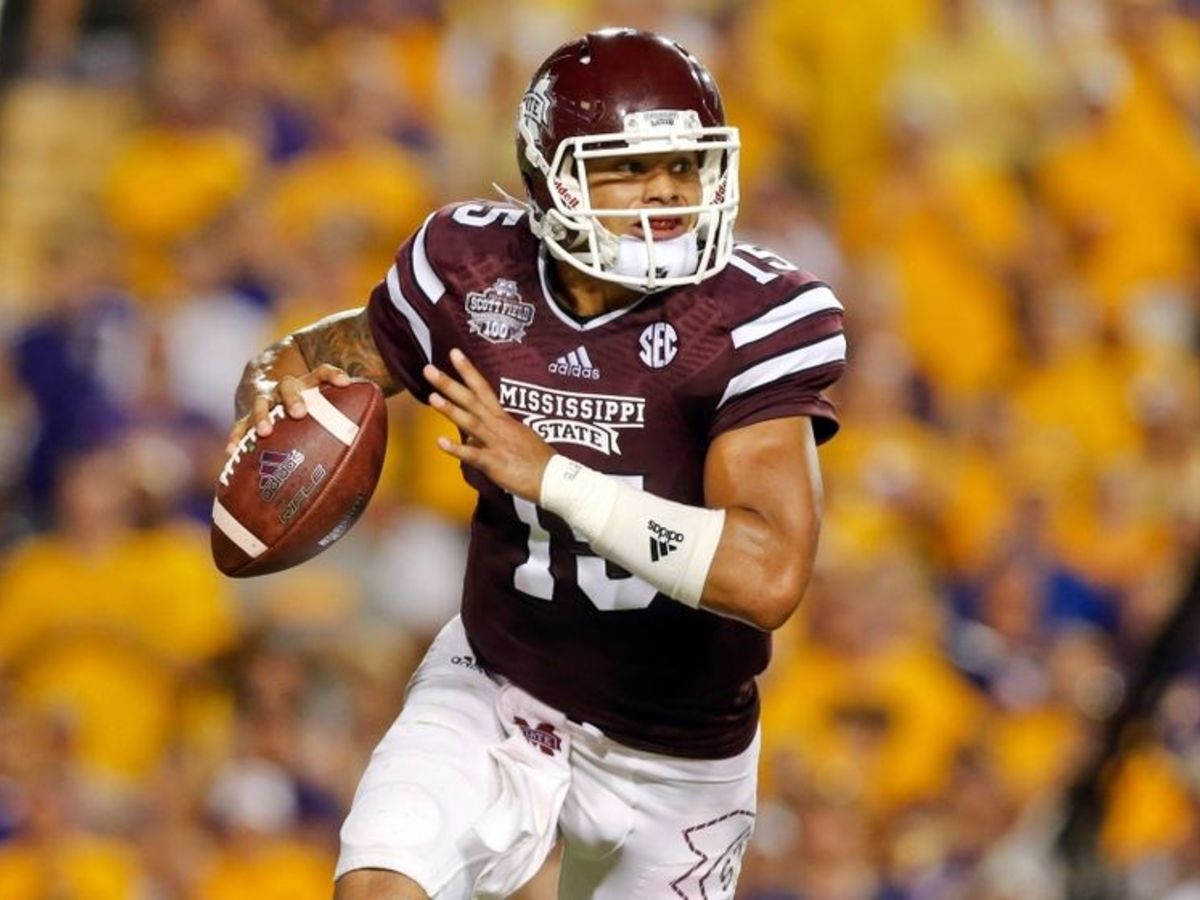 With the combine here, draft talk is in full force and no position is discussed more this time of year than quarterback. At this early stage of the 2016 draft process, it appears as if at least three signal callers Carson Wentz , Jared Goff and Paxton Lynch will be off the board by the middle of the first round. But while they receive all the hype at the combine, there are plenty of others who not only have the interests of teams, but could become valuable assets in “Play the Draft” as well. Here are five quarterbacks besides the current big three who you should pay attention to throughout the combine process. Players will be listed in order of their PTD salary at the time of writing.

Connor Cook, Michigan State: Entering his senior season, Cook was projected by many to be selected in the middle of the first round. Now after the emergence of Wentz and Lynch, he is viewed by many as the fourth best quarterback available. His price on PTD reflects that sentiment and currently suggests he will be taken early in the second round. Cook chose not to participate in the Senior Bowl so the most recent performances teams have (the Big Ten title against Iowa and the playoff game against Alabama) coincided with a shoulder injury and certainly aren’t going to wow teams.

Despite that, the main thing to watch for Cook throughout the combine will be his meetings with teams. Over the past few months, there have been concerns regarding Cook’s personality and questions will certainly be asked in regards to that and why he sat out the Senior Bowl despite talk he was healthy to play. How these meetings go could either help Cook build up plenty of momentum leading up to April or risk falling down draft boards. He figures to be one of the more volatile PTD stocks the rest of the way.

Christian Hackenberg, Penn State: After an eye opening freshman season under current Texans coach Bill O’Brien, Hackenberg looked like a future first overall pick. The next two years were followed up by scheme changes and poor offensive line play which clearly impacted him. Now, teams have the difficult challenge of figuring out which Hackenberg they will be getting: the guy who looked like a potential franchise quarterback as a teenager or the one we’ve seen the past two years.

On PTD, Hackenberg is the fifth most expensive quarterback at a price that would equate to a selection in the middle of the second round. He will almost certainly go within the range (rounds one through three) that PTD accounts for, it’s just a matter of what point a team will feel they can’t pass him up.

Dak Prescott, Mississippi State: Despite being the sixth highest priced quarterback on PTD, Prescott’s price does not reflect him being selected in the first three rounds. If that is the case, his final stock would end up at $450,000. While he very well may not be selected in the drafts first two days, Prescott has the chance to build plenty of draft buzz in the coming months.

The reigning Senior Bowl MVP really showed strides as a passer in 2015 to pair up with his running ability and while he may not have experience in a pro-style offense, he will at the least be given opportunities to catch on as a backup. In terms of PTD, his stock has already seen growth and should continue to trend up. Prescott has plenty of “buy low, sell high” potential.

Jeff Driskel, Louisiana Tech: Driskel is former highly regarded recruit who didn’t look anything like a potential NFL quarterback at Florida until this past season at Louisiana Tech. However, he made tremendous strides as a passer in 2015, has the size teams look for and impressed in his Senior Bowl showing. There have even been reports saying that some teams could have as high as a second round grade on him.

Now the combine is where things get interesting for me as Driskel should test extremely well. A two sport athlete who was drafted by the Red Sox, the potential is there for him to put up very impressive numbers in Indianapolis. Throw in the hoopla surrounding the combine and a big performance would really rise his draft stock in the public eye. Hovering around the bare minimum price in PTD, the reward far outweighs the risk here.

Jacoby Brissett, North Carolina State: Brissett like Prescott has “buy low, sell high” potential, but manages to have even more upside. At this time, Brissett is currently the ninth highest price quarterback on PTD but has the chance to gain some serious momentum in the coming months. The Florida transfer has NFL size and has shown he can win in the pocket with the ability to keep plays alive with his legs. He also displayed all of this despite playing behind a lackluster offensive line at NC State. If Brissett has an impressive combine performance, the hype machine could really start churning soon.