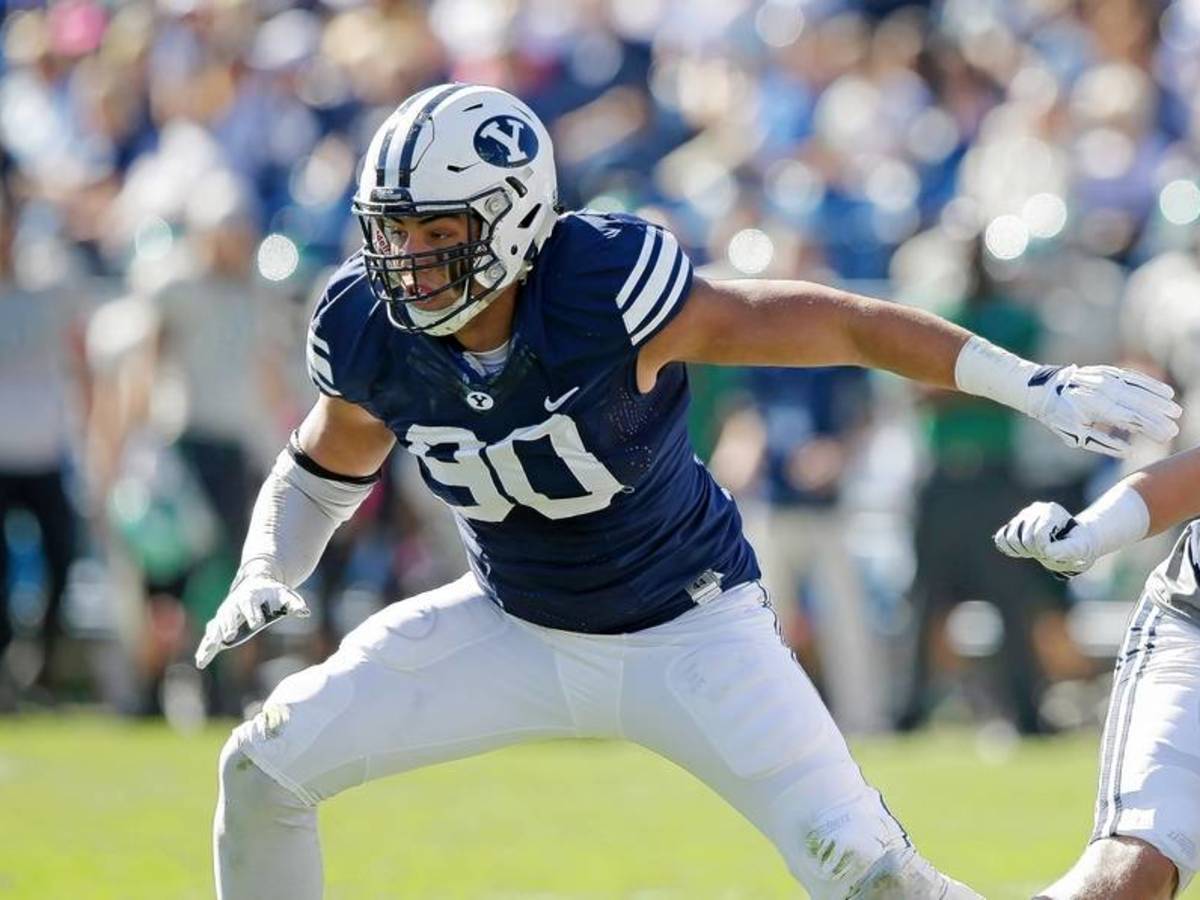 Using Prediction Machine data (which you can read more on here), these are some players who as of this writing are undervalued on Play The Draft.

Bronson Kaufusi: Pass rushers will always be at a premium come draft day, and there are only a few that Prediction Machine is higher on than Kaufusi. With an impact score of 8.4 good for 5th among all defensive ends, they feel the BYU standout will be able to come in right away and make his presence known. That score is also higher than notable ends such as Kevin Dodd and Shilique Calhoun. Despite that, Kaufusi is currently the 11th highest priced end on Play the Draft at a price which currently isn’t even reflective of a third round pick.

With great size at 6’6” 285 pounds, and the ability to provide versatility along a line in various schemes, Kaufusi figures to be a very good value at his current price. Some have even hinted that he is a name to watch in terms of possibly sneaking into the first round. Buy low while the window is still there.

Kentrell Brothers: Unless it’s a blue chip prospect, inside linebackers don’t typically get a ton of love during the lead up to the draft. However, no matter how you look at it, Brothers was incredibly productive his last two years at Missouri. Prediction Machine certainly put his 2015 season into account in which he recorded 152 tackles (12 for a loss), 2.5 sacks and two interceptions. With that to his benefit, Brothers has the highest impact score among inside linebackers at 8.2.

On Play the Draft, Brothers’ price at this time is not even reflective of a third round selection. With a decent chance of going in the draft’s second day, you should be able to get a nice little return on investment if you buy his stock.

Daryl Worley: If you’re a fan of taking low risks with a high reward, Worley is a prospect that could be for you in Play The Draft. Worley’s current price of $450,000 (a player’s final price if not selected in the first three rounds) is the lowest it can get. However, Prediction Machine is extremely high on him as his impact score of 7.9 is 6th amongst all corners. In fact, the only ones who are slotted to go in the first round rated higher are William Jackson, Jalen Ramsey and Vernon Hargreaves.

Checking in at 6’1” 204 pounds, Worley is a bigger corner who was productive statistically recording six interceptions and 12 pass breakups in his junior year. A few analysts have also said Worley has enough range that he could possibly be moved to free safety. While he very well may not be selected in the first three rounds, a minimum buy in with a potentially nice payoff is there.

Paul Perkins: Aside from those in a league of their own, it’s rare for a back to be selected in the first round. As a result, they’re usually picked pretty commonly on day two. As the 8th highest priced option at the position on Play the Draft, Perkins doesn’t project to go within the first three rounds. Prediction Machine is much higher on the UCLA product ranking him as their 4th rated back and received an impact score of 8.0, which is higher than more highly regarded backs such Devontae Booker and Kenneth Dixon.

Perkins showed some big play ability and chops in the passing game which are always coveted traits. It wouldn’t be surprising if a team did take him on day two, and if that’s the case his stock would have upside given the current price.